About the MONTESSORI Method | Email Signup
Our School

Joan has a degree in English from Texas A&M, with specialization in Education and Business. She taught in high school and middle school before owning a optical retail business for ten years in Houston. Joan completed Montessori training for the elementary level at the Houston Montessori Center in 1997, and then taught in an elementary Montessori classroom for four years. She was awarded the Montessori preschool certification from the NCME-NM teacher training center at White Rock in 2010. Her hobbies include swimming and officiating at swim meets.

Dora is from Mazatlan, Mexico, and still brings her family back to visit every year for a seaside vacation. She went to a technical college in Juarez. Then she worked in quality control for an auto manufacturer. Dora came to Santa Fe before her sons were born. Dora became a Montessori teacher in 2002. Her hobbies include crafts, dancing, gardening and painting.

Julee was born was raised Montessorian in her mother's school. She attended Carnegie Melon University, studying art and design, before moving to Santa Fe in 1997.  Julee found Children's Garden when observing preschools for her own daughter, and began working her shortly after.  Next, she completed her Primary Montessori training at the New Mexico Center for Montessori Education in June 2016.  Julee is a co-teacher in our PreK classroom and is currently pursuing her Bachelors in Early Childhood Education for Montessori Credentialed Students at St. Catherine University. 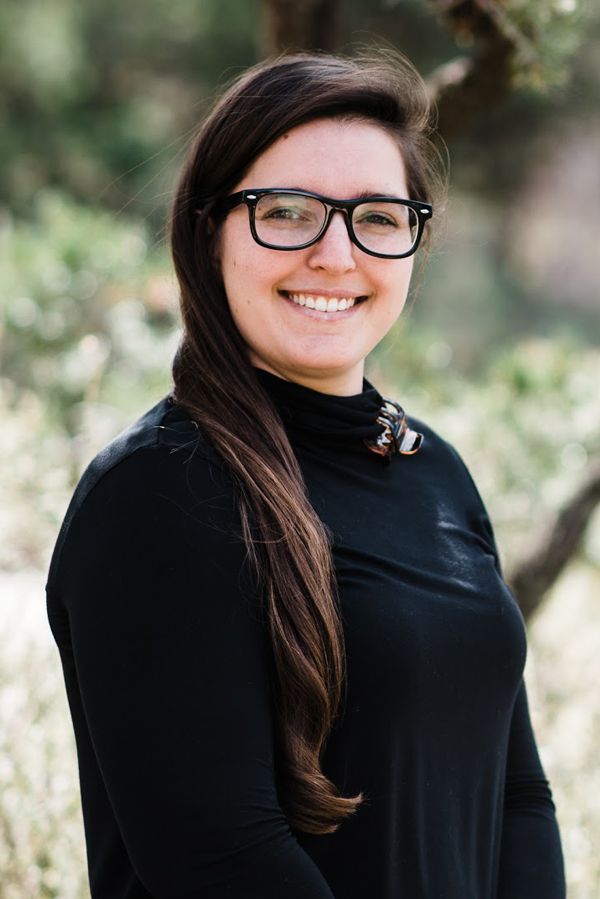 Jenny is from Boston, MA. Before moving to Santa Fe, she spent some time in Chiapas, Mexico, where she was working on a photo-journalism project involving indigenious human rights. Jenny is passionate about being a positive educator in children's lives. Currently, she is finishing her degree in education with a dual major in special education online at Grand Canyon University. Jenny has found her home here at Children's Garden. She enjoys nature, hiking, gardening, and cooking.

Sumner is a born and raised New Mexican. She moved to Santa Fe after graduating from high school in Las Vegas, New Mexico. Sumner went to Santa Fe Community College and graduated with an Associates Degree in Business. Her children have all gone to Children’s Garden Montessori. In 2018, Sumner started subbing in the Santa Fe Public Schools system. At that point she realized her passion for teaching and decided to pursue a career in early childhood education. Her hobbies include volunteering her time with her children at sports and their activities, working on cars, and being outdoors.

Corey grew up in Santa Fe, NM, and joined Americorp NCCC after high school. Upon completion of 1800 service hours in various community  service projects around the nation, she moved to San Francisco, CA, where she lived for 16 years. During that time she completed an undergraduate degree in Humanities with an emphasis on Youth in Society.  She taught for eight years in San Francisco at the Jewish Community Center Hellen Diller preschool , using the Reggio Emilio approach, which emphasizes the child’s play and interests to direct the flow of the lessons and in-depth projects.  She then worked as a private nanny to a set of twins, and eventually moved to Denver, CO. After a very snowy winter, and the loss of her mother, Belle, Corey came back home to Santa Fe and began teaching at Children’s Garden Montessori.  Her interests include social justice, swimming, hiking and cooking.

A PHP Error was encountered